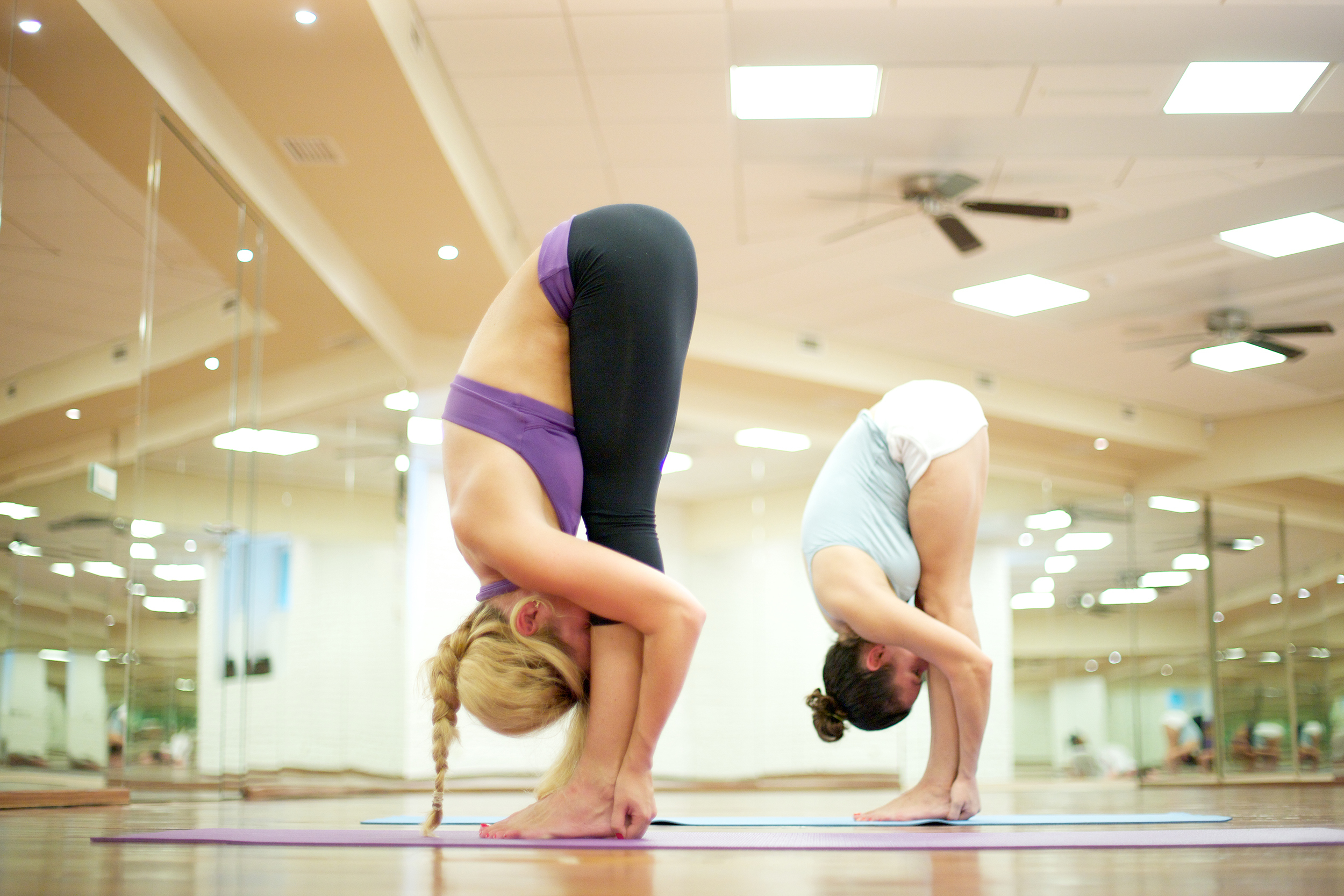 I am not sure how or why this division came about, but whether or not to bend the knees during a hamstring stretch is a fiercely contested topic in the yoga community. Perhaps it is because injury at the proximal tendon (yellow part of photo below) is quite common among yoga teachers and students. When I lead biomechanics workshops for yoga teachers, I often ask who in the room has experienced, or knows someone who has experienced, proximal hamstring tendon injuries. The show of hands is staggering. Your hamstrings. They’re not short.